Peraton Employees Stand Up for Ukrainians

When a Peraton software developer based in Atlanta, Georgia, heard the news of what was happening in Ukraine, where his son and grandchildren lived, he immediately started calling his contacts in Kyiv to understand the situation on the ground. As the Russian invasion progressed, he began to hear pleas for supplies, and decided to act.

In partnership with his wife, who is very active in the local Ukrainian American community, Alex launched the Atlanta for Ukraine website with a list of necessities and contact information. His house was overflowing with donations almost overnight and a growing number of local volunteers stood up six more collection sites around Atlanta where people could bring items. Within just one week, his location had collected, sorted, and packed over 10,000 lbs. of humanitarian supplies to support Ukrainians who had fled into Poland and lacked a support structure.

“I couldn’t believe it,” said Alex. “People just started bringing trucks of supplies.” The support from his local community overwhelmed him with hope. When he created the website, Alex didn’t know how the pieces would fall together but he “had to do something.” Despite losing out on an initial offer to send the donated supplies by air shipment, Alex was eventually connected with an executive in Savannah, Georgia who offered to ship the supplies by sea free of charge. The shipment is currently enroute to Latvia before it will move on by land to Poland, with Alex and the other volunteers receiving regular updates.

“We have stopped collecting at all 7 locations, but people are still bringing supplies,” said Alex, who is currently thinking about Atlanta for Ukraine’s next move. While groups like the International Red Cross have become more active for Ukrainian refugees, there are still unmet needs, so Alex and his wife are now exploring the feasibility of providing basic hospital supplies to two hospitals close to Kyiv. “At the moment, this is the least we can do,” said Alex.

Alex praised the support of his local Peraton colleagues, who not only contributed to his efforts but conducted research in their off hours to help find a route to get his son’s family safely out of Ukraine. 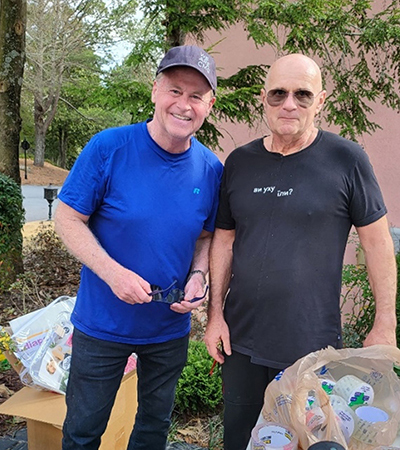 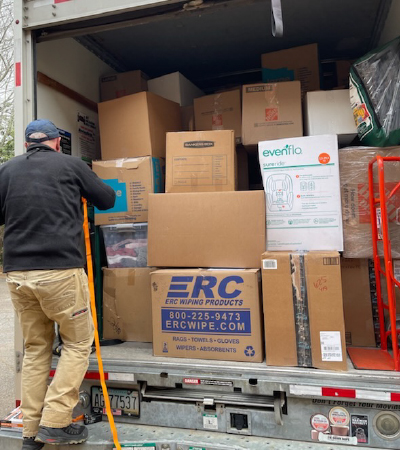 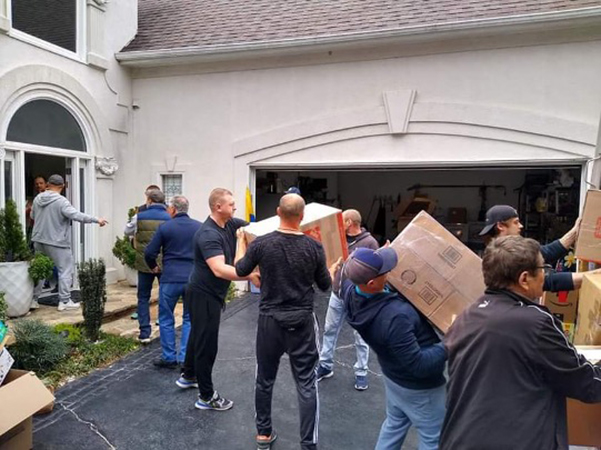 Fourteen years ago, Todd—who leads a team of Peraton proposal writers—spent several weeks in Kyiv while working on an international development contract. Ever since his return to the States, he has maintained a strong interest in Ukraine. Moved to action in the last month by the Ukrainians’ plight, he felt compelled to do something to raise awareness and make a difference.

Todd turned to social media to creatively rally his North Stafford, Virginia community around Ukraine. He created a #90sMoviesforUkraine “tournament” on Facebook where people can vote for their favorite movie in four daily head-to-head matchups. He encourages all participants to donate at least $1 directly to a Ukraine-focused charity, with 14 recommended charities listed on his page.

“The reason I ask for a dollar is because I figure everyone can give a dollar,” Todd told his local newspaper. “I’ve had people give from $5 to $200. Whatever they can give, fantastic.”

Todd initially hoped to raise $100; he hit that mark in the first day. Though Todd only learns of people’s donations if they remember to report back to him, he is already aware of over $1,700 contributed through his effort to tie a fun social media activity to the need for attention and action in the real world.

“There’s no reason for this to be happening” to the Ukrainians, Todd said. “They’re good people and they deserve anything any one of us can give to help them.”