Human spaceflight: where failure is not an option. A Q&A with Peraton’s Bill Parsons. 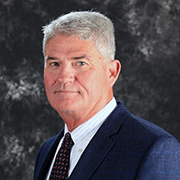 Failure is not an option. It’s the tag line for the film “Apollo 13,” delivered by Ed Harris in the role of flight director Gene Kranz. While the origin of the line itself is pure Hollywood, it remains a perfect encapsulation of the stakes involved in human spaceflight—and a sentiment that is now synonymous with NASA, underscoring the critical in ‘mission critical program’.

For Bill Parsons, Peraton’s vice president, Human Space Programs, it became something of a mantra. While serving as NASA’s Return to Flight Space Shuttle Program Manager and later as Center Director of the John F. Kennedy Space Center, it was a constant reminder of the shared focus, commitment, and attention to detail required to attain mission success.

With the U.S. preparing to launch Artemis I, an uncrewed test flight that would signal the United States’ return to the moon, Parsons shared his thoughts on the future of human spaceflight and the paramount importance of safety.

You were thrust into a key management role at NASA during a crucial moment in the history of human spaceflight. Can you give some context for what was happening at that time?

This was 2003. At that time, I was the Center Director of the Stennis Space Center in Mississippi—which, as a native Mississippian and graduate of the University of Mississippi, was already my dream job. Shortly after the tragic loss of Space Shuttle Columbia and her heroic crew, I was hired as the Space Shuttle Program Manager, and tasked with leading the Return to Flight program.

Between that moment and the time Space Shuttle Discovery launched in 2005, the one thing that remained in the back of my head was that we were facing two distinct outcomes: this could be the team that retires the Space Shuttle Program, sends it to the museums, and closes the history of that magnificent vehicle—or, we could be the team that returns the Shuttle to flight, completes the assembly of the International Space Station and then moves on to build the replacement Human Spaceflight Vehicle to take us back to the Moon and on to Mars.

I must tell you, there were moments when I thought we would not be able to overcome all the obstacles, technical and political, to achieve it.

Talk about those obstacles. What types of considerations factor into the decisions to proceed—or pause—a mission?

Spaceflight in general is difficult. Just to achieve low earth orbit is risky, expensive, and requires a focus that not everyone understands.

We can try to do everything possible to design vehicles that are safe, have redundant systems and other factors of safety but there are situations that will occur—some that may have been anticipated, others not—but for reasons of cost, schedule, or complexity you decide you must press forward.

Any time there’s a delay to schedule, even if it is not a big hit, you must factor in the optics and political debate surrounding such a move. That can cause a great deal of stress within the Program. I must say that there were times many of us were concerned that one delay or another might be one that caused the system to abandon the Return to Flight program.

Obviously, we were able to weather those storms.

The line “failure is not an option” has a special resonance with you.

The words send chills down the spines of many of us that have been a part of human spaceflight. It’s a call to arms—but that small phrase can mean different things to some of us.

For me, that film, that line, perfectly illustrates the stakes of this work. We could face a moment where the unthinkable has happened and the lives of a crew are in grave danger; at that time, everything and anything must be done to bring them home. But before that point, it also means that each design, each nut and bolt we assemble—whether we’re talking about NASA’s new Space Launch System, or commercial offerings funded by NASA—every aspect of these vehicles must be completely safe to fly.

The United States is scheduled to return to the moon by 2024. What do you foresee as the biggest challenges?

To go back to the Moon, establish a presence, and perform research and studies to help us go to Mars is not without risk. The resources, intellect, and determination placed in the efforts like these is hard to grasp or describe. It’s a herculean task performed by a large and diverse team of experts.

Will we get it perfectly right? From experience, I seriously doubt that. But I believe we will accomplish amazing things as we endeavor to send humans even further into space.

As vice president, Human Space Programs, Bill Parsons is helping lead Peraton’s effort to support NASA as it aims to write a new chapter in the history of human spaceflight.

Providing the link between mankind and the Moon

With the successful launch of the uncrewed Artemis I spacecraft November 16, NASA teams realized the first step in a series of missions setting the stage for humanity’s return to the Moon and beyond. Peraton operates and maintains both NASA’s Near Space Network (NSN) and Deep Space Network (DSN), the vital communications pipelines between mission
Read more