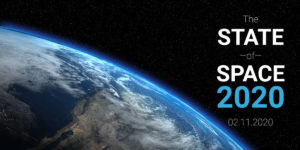 Congressional space power champions and members of the new generation of space industry leaders stepped on stage Feb. 11 for the Space Foundation’s State of Space 2020 briefing, full of optimism for the future space economy, while remaining wary of the many challenges that confront public and private sector decision-makers.

His remarks were echoed by Rep. Kendra Horn (D-OK), co-chair, Space Power Caucus, who drove home the “importance of communicating about why we should invest in space, why space technology is a critical infrastructure, and how it benefits our communities.” 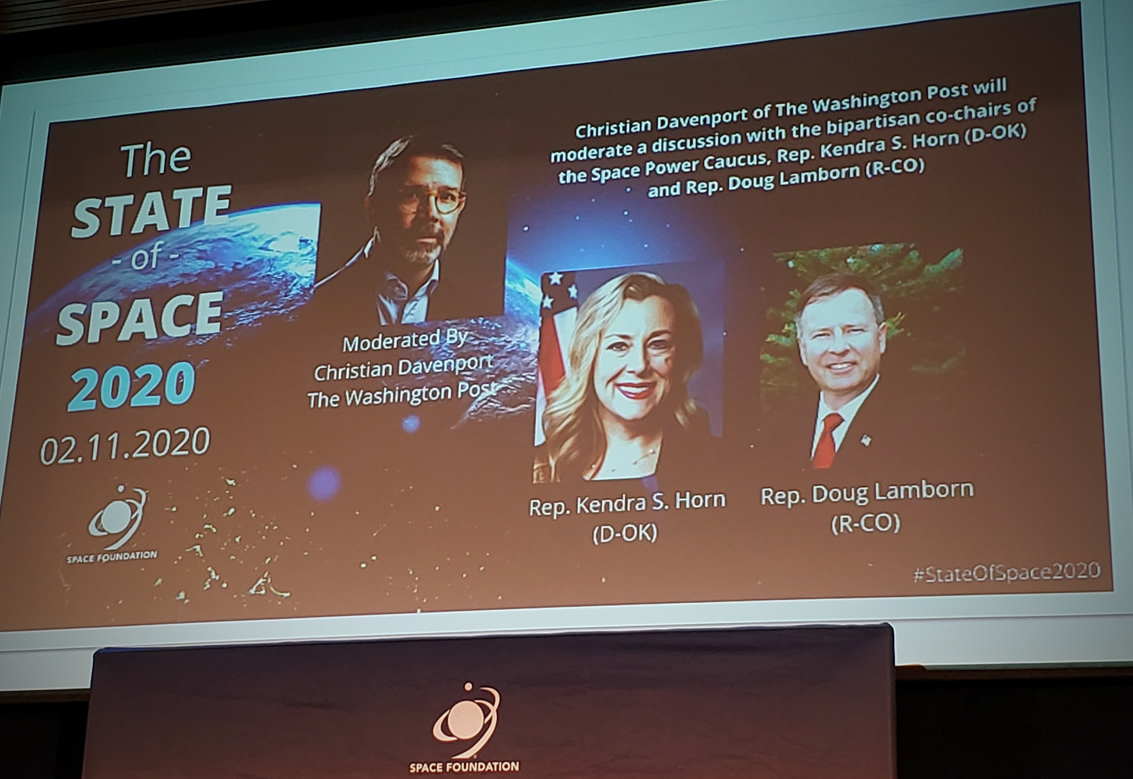 On a later industry panel, Sirish Bandla, Director, Washington Operations, Virgin Orbit, said that space advocates “need to highlight how space capabilities are being used to solve problems on earth, today and in the future.” And Lauren Smith, Operations Manager, New Moon Enterprise Operating Unit, Northrop Grumman, said that when she wants to hear an unvarnished opinion of the importance of the space economy, she seeks out someone who served in the military, who can talk “about the way that space assets have impacted their lives.”

Despite the optimism about the space economy and a desire to focus on public education and workforce training for the booming space economy, there was also serious concerns about the future of the space domain.

Rep. Doug Lamborn (R-CO), co-chair, Space Power Caucus, cited his concern that the world is currently “making the transition from space as a sanctuary to space as a contested domain.” The future of space, he said, lies in resilience, and requires the U.S. to invest in cheaper, smaller, replaceable assets to adapt.

Charity Weeden, Vice President, Global Space Policy, Astroscale U.S., differed from Lamborn, arguing that “Space has always been contested in some shape and form, but today there are different actors and consequences.”

“We all pay if we do nothing,” argued Weeden, noting that users of the space domain should consider the orbital environment as part of their business operations.” And Bandla said that it is the responsibility of everyone in the international, globalized space economy to maintain access to space. With 81 nations currently operating in space, and many commercial entities seeking to follow suit, there is a proliferating number of actors who are both part of the problem and the solution. 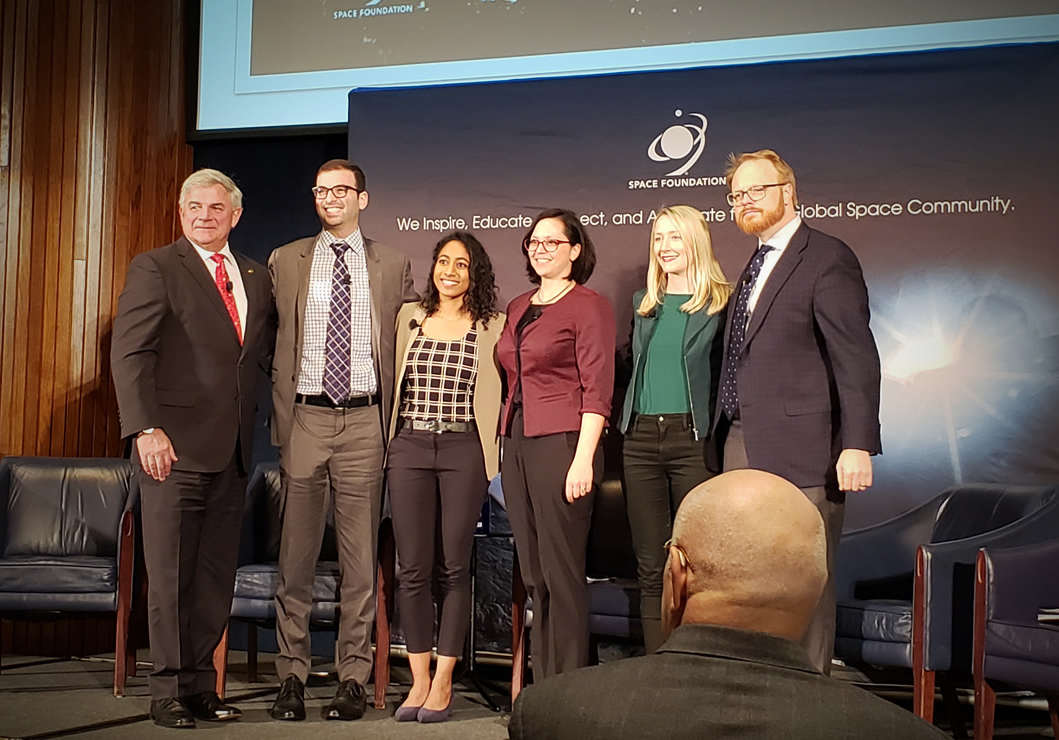 Dean Bellamy, Peraton’s Senior Director, Space Strategy, has spoken extensively about the issue of space traffic management. On a recent episode of Government Matters’ “The Cosmos: Protect, Discover, Transform,” he discussed the expanding array of risks that come from miscalculation or misbehavior in space, such as collision and debris pollution. But Bellamy is optimistic that these problems can be solved if international space actors respect and follow the rules they jointly establish.

The industry panelists also were asked to highlight a single issue they believed would have the greatest impact upon their organization’s future work in space. There was little disagreement about the importance of all four issues identified:

On the last issue, Andrew Chanin, CEO, Procure Space ETF, noted the importance of diversified funding to help the space economy grow to $1 trillion and beyond.

“Just like any industry, nothing happens without significant investment and access to capital. Space is open for business, but we need to make sure that investors recognize that in an area where government has historically been the big driver in spending.” 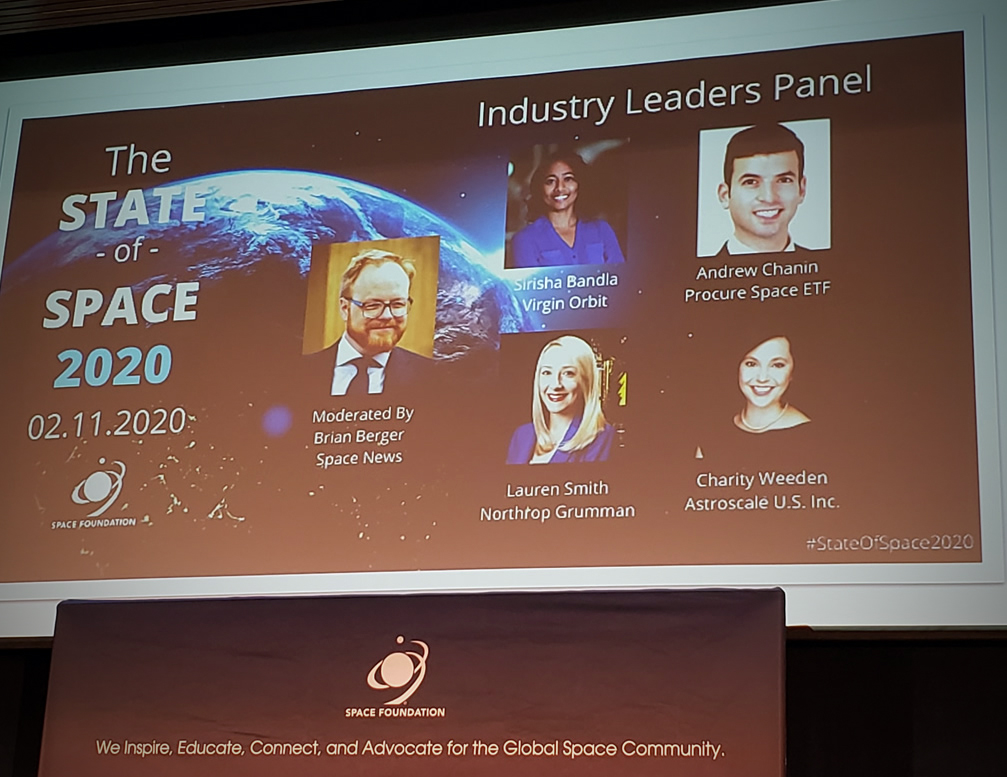 “What I took away from State of Space 2020 is the importance of educating and sharing the space story—both to Congress and to every American. It’s not just about what space can offer, but about how vital space is as part of our nation’s overall infrastructure. I’m proud that Peraton is delivering critical elements of our nation’s space infrastructure to both our national security and civil space agencies by providing next generation national security solutions that are essential for space mission ground and communications.”