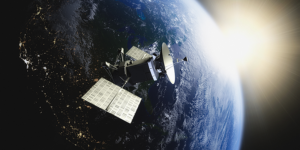 Protecting America’s national security presents challenges in every domain, including space. Over the last few years space has evolved from a realm that supported and enhanced military operations into its own warfighting domain, even as state actors seek to avoid direct conflict outside Earth’s atmosphere.

Looking ahead, Peraton’s space experts have identified six unique national security issues spanning space operations, leadership and technology that need to be addressed to protect national and international access to space and all of the benefits that the world accrues from that access.

Outer space is both a strategic priority and an economic engine for communities around the world. Planning, coordination, and on-orbit synchronization of activities to enhance safety, stability, and sustainability of operations in the space environment needs to be an international priority.

“The U.S. Department of Commerce must continue to lead by example by creating space traffic management standards, guidelines, and best practices to improve space security, stability, and safety,” says Dean Bellamy, Peraton’s senior director, space strategies and development. “With the popularity of small satellites in low earth orbit continuing to grow, the satellite population will likely double in the early 2020s due to the mega satellite constellations. This increasing popularity trend presents challenges for the safety, stability, and sustainability of U.S. space operations.”

Because of this more congested and competitive milieu, Space Traffic Management standards or norms of behavior will strengthen the safety and sustainability in space operations. Space norms are long overdue and when combined with improved space domain awareness sensor data both will provide space operators with a timely and actionable menu of options to preserve the space environment.

Society now depends on space-derived data for communications, weather, navigation, intelligence, and much more. Government leaders need to fund and support Space Traffic Management (STM) to help maintain these services that are too often take for granted.

2. Do not ignore debris. 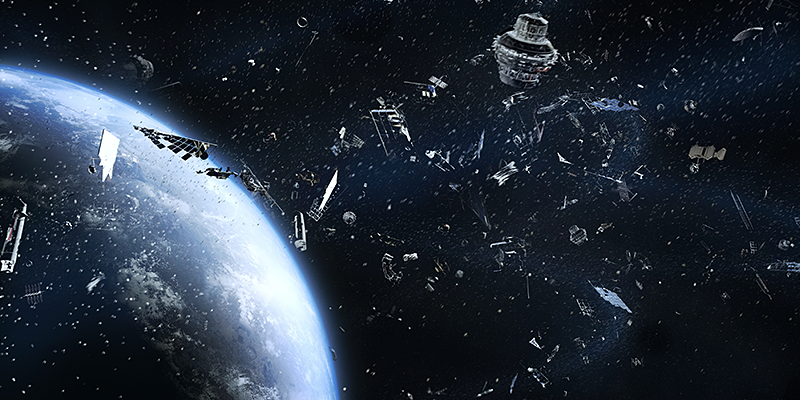 STM norms of behavior are also needed to preserve the long-term sustainability of the space environment. Debris generation has serious implications to satellite constellations. A piece of space debris in low earth orbit travels at velocities approaching five miles per second—roughly 18,000 mph—which gives even the tiniest piece of junk enormous destructive energy.

“If a half-inch marble-sized aluminum sphere hits a satellite in Low Earth Orbit, the impact is similar to a 400-pound safe traveling at 60 mph,” Bellamy explains. “That could ruin everyone’s day by disrupting the space-derived data that we rely on, so Congress urgently needs to take action by making Space Traffic Management a top priority.”

Given the significance of space activities, unfettered access and freedom to operate in space is vital. Military and civil organizations depend on space-derived data for communications, weather, navigation, intelligence. Therefore, it is critical to deter war in space.

The United States needs to update its strategic deterrence goals to look beyond cyber and nuclear and think about space as a potential war environment. An attack in space might not mean a response in space, but instead on the ground.

One of the reasons the U.S. Space Force has been so transparent about its Geosynchronous Space Situational Awareness Program (GSSAP) capability is because the Space Force wants adversaries to know that the service is closely monitoring geosynchronous satellites, which are the most valuable real estate in space. GSSAP is a deterrent, ensuring that no attack in orbit will catch the U.S. by surprise.

GSSAP’s capabilities, combined with public statements by General Jay Raymond, the U.S. Space Force Chief of Space Operations, have shown the United States’ resolve to deter attacks against space assets. Preventing potential aggression in space requires deterrence, and the next step for successful deterrence requires the development of a holistic interagency strategy.

4. Use operational intelligence to be prepared. 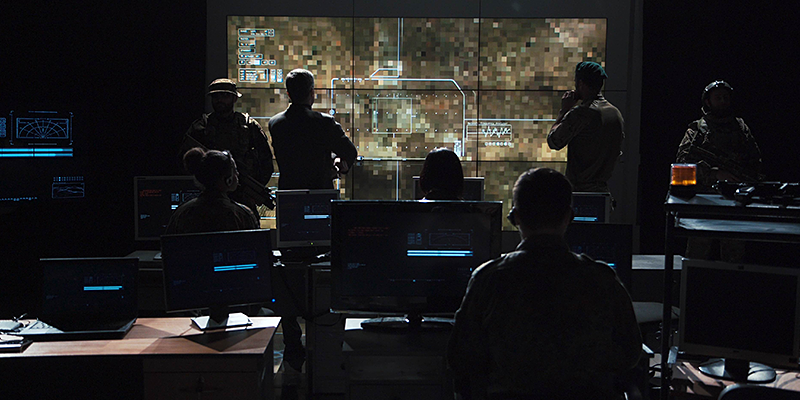 The best way to prevent war is to be prepared for war. China and Russia are developing counter space capabilities, such as electronic jammers, specifically to target U.S. military satellites and disrupt or minimize U.S. advantages. If American satellites in orbit become targets during a conflict, U.S. Space Command will need reliable intelligence about what is happening in space to prevent and thwart attacks.

Part of the challenge now is that space operations are “over-classified.” Information is only given to a small group who understand all the capabilities being acquired for space protection and resiliency. While there are certain projects that are top secret, overall space policy needs to shift to be more transparent to a broader group of professionals. Basic orbital data about national security satellites should be in the hands of many in order to provide space domain awareness (SDA).

Space Traffic Management will enable better transparency and data sharing, which is indispensable to removing ambiguity and strengthening clarity of actions. For the strongest possible space deterrence, adversaries should understand that the U.S. has the right to respond at the time and in the domain of its choosing, whether that be air, sea, land, cyber, or space. 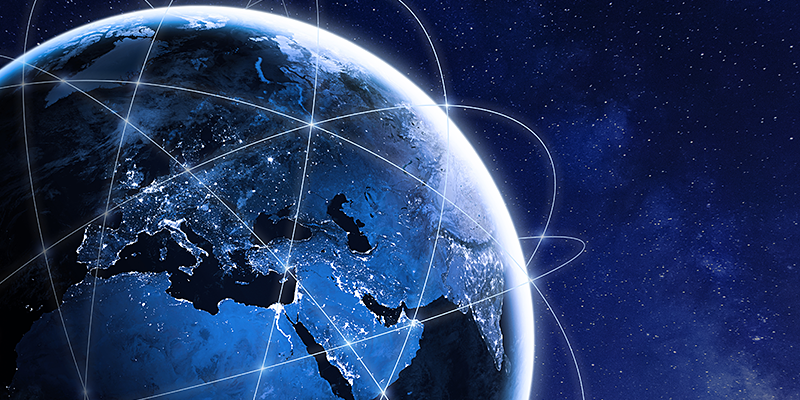 An evolving adversary threat in space is changing the national security environment, driving the U.S. Department of Defense (DoD) to re-examine how to rapidly sense, decide, and act across all domains. Integrating air, space, land, sea, and cyber data from all services and agencies would produce a coherent operational picture. This could then help support tactical DoD operations.

The challenge is that since space data is usually classified, it is difficult to share data from one enterprise machine to another. Additionally, information assurance and operational security measures create additional barriers to direct communications between organizations and their battle management systems. When the U.S. Space Force needs to fuse different classification levels of data, it will need to connect and share data across various IT security domains.

Peraton’s proprietary software, CHESS (Cyber Hardened ExaScale Secure), was designed to solve this multi-level security challenge by enabling secure machine-to-machine transfer of information across multiple security classification networks. CHESS is more than a guard: it is a secure, integrated, and agnostic architecture—interoperable with LINUX, UNIX, and Windows-based operating systems—with capabilities designed to protect IT networks from cyber intrusion and unauthorized access to sensitive information.

Future conflicts will likely be decided by the side holding an information advantage. To achieve an information advantage, innovative Battle Management Command, Control, and Communication (BMC3) capabilities must be able to overcome security, data latency, and data access challenges to connect and share information. CHESS answers the call to expedite informed decision-making—at machine speeds rather than the speed of humans—while safeguarding data and network security.

6. Organize the data coming back from satellites. 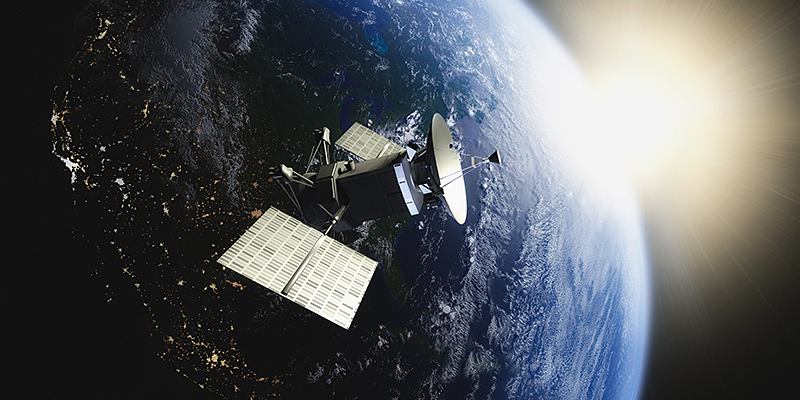 Satellites in orbit communicate with ground stations around the world. Around 4,000 terabytes of data are sent to ground station employees in a non-processed format annually. Sophisticated analysis of these datasets can take years to complete, often making the analysis itself obsolete before it has even been concluded.

“For perspective, around 16,500 digital photos and 50 videos is equal to the storage of a single Blu-ray disc,” says Bellamy. “Our solution for high performance, ultra-high efficiency secure data-in-motion and secure data-at-rest is a virtualized data fabric. Our virtualized data fabric is capable of delivering a high definition Blu-ray movie between continents in 30 seconds.”

To effectively create strategy and action based on the information received, it is necessary to integrate DoD space data with commercial space information. Meshing data from all type of sensors will lead to enhanced space domain awareness (SDA) and space command and control (C2) for space missions. Solving the challenge of data labeling, tagging, and sharing is critical to the future of SDA. It is time to create common interfaces and standards, prioritize data sets, and fuse satellite data into actionable intelligence.