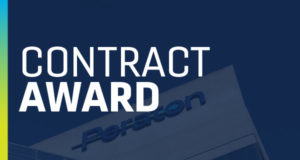 HERNDON, VA — February 18, 2020 – Peraton, one of the nation’s leading unmanned maritime systems contractors, has won a spot on an up to 10-year, $982.1 million indefinite-delivery/indefinite-quantity, multiple award contract (IDIQ-MAC) to support the U.S. Navy’s Unmanned Surface Vehicle Family of Systems.

Companies on the IDIQ-MAC, managed by Naval Sea Systems Command, will have the opportunity to compete in up to six awarded functional areas for individual delivery orders. Peraton was selected to compete in all six categories: Payloads, Non-Payload Sensors, Mission Support Systems, Autonomy and Vehicle Control Systems, Ashore and Host Platform Elements, and Logistics and Sustainment.

The IDIQ-MAC has a five-year base period and one five-year ordering period option, which, if exercised, would bring the cumulative value of this contract to $982,100,000. The task orders issued under the IDIQ-MAC will help the Navy maintain and modernize to meet current and future operational requirements. Contractors will compete for task orders to support the current Unmanned Surface Vehicle (USV) systems and subsystems as well as future USV systems and subsystems for Program Executive Office Unmanned and Small Combatants (PEO USC), Program Management NAVSEA 406 (PMS 406).

Peraton was ranked by Deltek GovWin IQ in November as one of the nation’s top unmanned underseas and surface vehicle contractors by revenue, sharing the top rankings with Boeing, Leidos and Lockheed Martin. Peraton is also the 13th-largest contractor by revenue for Naval Information Warfare Center (NIWC) Pacific, which oversees a significant portion of the Navy’s unmanned maritime work. In January, Peraton announced that it had recently received four U.S. Navy Unmanned Maritime Systems Support (UMSS) task orders valued at $27.45M.

“Peraton has been a major supporter of the U.S. Navy’s Unmanned Underwater Vehicle Family of Systems for nearly two decades. As the Navy expands its Unmanned Surface Vehicle Family of Systems work, we are proud to be a part of this critical element of the Navy’s warfighting strategy for the future,” said John Coleman, president, Defense and Homeland Security sector. “Based on our long track record, extensive experience, and unmatched relationships, we are confident that we will be competitive for many future task orders under this IDIQ.”

Peraton has worked with the U.S. Navy on unmanned maritime systems since 2001, when the company first supported the Navy’s program management office responsible for explosive ordinance disposal. Since 2015, Peraton has been a leading contractor on the Navy’s UMSS contract, after being awarded a base contract of $135.6 million with an option for up to $228.5 million. Over the last 18 years, Peraton has developed long-term system experience and technical knowledge that has helped it become one of the nation’s top providers of unmanned maritime contract support.

Peraton drives missions of consequence spanning the globe and extending to the farthest reaches of the galaxy. As the world’s leading mission capability integrator and transformative enterprise IT provider, we deliver trusted and highly differentiated national security solutions and technologies that keep people safe and secure. Peraton serves as a valued partner to essential government agencies across the intelligence, space, cyber, defense, civilian, health, and state and local markets. Every day, our employees do the can’t be done, solving the most daunting challenges facing our customers. Visit Peraton.com/News and follow Peraton on LinkedIn for news and updates.