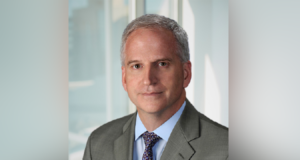 A visionary leader in national security and advanced technologies

“Robert is a respected leader and strategic partner within the intelligence community and I’ve had the distinct honor of working with him throughout his more than 30 years of public service,” said Stu Shea, Peraton’s chairman, president and CEO. “I look forward to his counsel as Peraton continues to demonstrate the critical role technology plays in support of national security operations and mission success.”

Appointed as the NGA’s sixth director in 2014, Cardillo led the agency through significant changes in both the global threat and technology landscapes, reinforcing its position as a vital component of the country’s national intelligence community.

Cardillo began his career with DIA in 1983 as an imagery analyst.

Comprised of proven government and industry technology experts, Peraton’s Advisory Board provides advice and counsel to the company on its strategic direction.