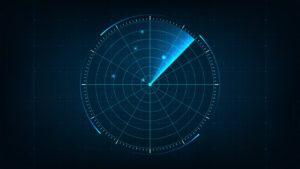 Peraton’s earliest work with the U.S. Navy on Unmanned Underwater Vehicles (UUV) began when the company worked with what was then SPAWAR Systems Center Pacific in 2001, supporting UUV activities by the Navy’s program management office responsible for explosive ordinance disposal, including mine countermeasures (MCM) and force protection (FP) systems and equipment. As the systems matured, SPAWAR Systems Center Pacific (now NIWC Pacific) released the first RFP for UMSS. Peraton began working on the UMSS program in 2015 after being awarded a base contract of $135.6 million with an option for up to $228.5 million. Since then, Peraton has provided key personnel in support of the Navy missions of MCM; FP; anti-submarine warfare (ASW); and Intelligence, Surveillance, and Reconnaissance (ISR).

Peraton’s work supports the Navy’s plans to increase its unmanned capabilities, including the Navy’s goal—laid out in its 2018 blueprint for maintaining maritime superiority—to rapidly acquire key platforms, including developing a Large Unmanned Surface Vehicle starting in 2023 and fielding a new family of UUVs no later than 2025.

The four recent task orders are as follows:

“Peraton has been performing a wide range of specialized work for the U.S. Navy’s Unmanned Underwater Vehicle program since 2001,” said John Coleman, president, Defense and Homeland Security sector. “These four UMSS recompete awards enable us to continue our trusted partnership in delivering performance excellence to advance NIWC Pacific’s mission, and to provide direct support to the U.S. Navy with unmanned systems. Unmanned systems are a critical element of the Navy’s warfighting strategy for the future, and Peraton is proud to be a long-time partner contributing to our country’s national security mission at sea.”