Rules Necessary to Ensure Safety, Security and Sustainability in Space

“To ensure the safety, security, and long-term sustainability of space,” said Dean Bellamy, Peraton’s Senior Director of Space Strategy, “one of the first key steps is to codify behaviors.”

Bellamy made the point while speaking on the January 7 episode of WJLA 24/7 News’ TV show Government Matters. The episode was the third in the four-part series “The Cosmos: Protect, Discover, Transform,” sponsored by Peraton. 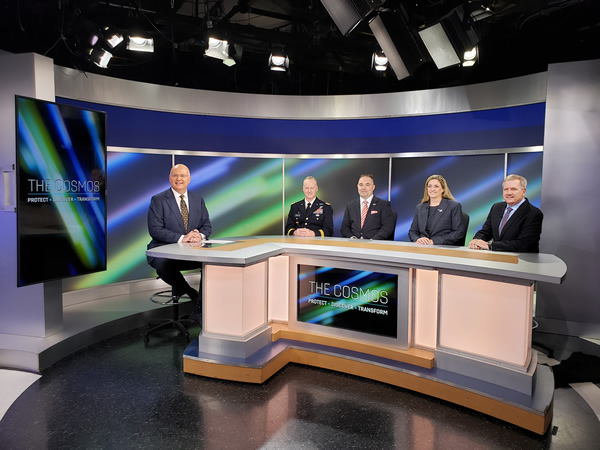 Bellamy expanded on the point, noting the expanding array of risks that come from miscalculation or misbehavior in space, such as collision and debris pollution. But he was optimistic that these problems come with easy solutions if international space actors respect and follow the rules they jointly establish.

U.S. Army Major General Tim Lawson, the Mobilization Assistant to the Commander at U.S. Space Command, added to the conversation by touching upon the history of space defense since the early 1990s. He emphasized that “We don’t want conflict in space. Our mission is to deter and be prepared to fight if deterrence fails.”

Based on his 27 years of experience in the space community, serving in the U.S. Air Force before joining Peraton, Bellamy also noted the importance of protecting data, connecting data, and sharing data so that we can communicate and operate in a unified way. In the future, automation will play a large role in connecting operations across all domains: air, land, sea, and space. Major General Lawson followed up by stating that future collaboration with allies and partners across operational domains will show “what the power of Space Command brings to the table.”

The panel discussion ended with a focus on the people who make space operations possible, with Bellamy coopting his alma mater’s basketball coach’s slogan that “ordinary people do extraordinary things every day.” By spending time today focusing on operational readiness and identifying gaps in needs when it comes to defending against threats in the space domain, the U.S. will be preparing the American space cadre to be extraordinary when they are called upon.

After watching the Government Matters discussion between Bellamy, Major General Lawson, and leaders from Lockheed Martin and Hughes, it’s clear that the applicability of artificial intelligence, machine learning and other emerging technologies related to space will become a topic of ever greater discussion. The episode provides a concise primer on some of the big decisions that will have to be made in the future.

Click here to watch the full episode, and to find the first two episodes in “The Cosmos: Protect, Discover, Transform,” brought to you by Peraton.