Peraton employees supported the North Atlantic Treaty Organization’s (NATO) Baltics Operation (BALTOPS) exercise, which took place in the Baltic Sea from June 6-18, 2021. The exercise—in its 50th year—is an annual demonstration of NATO allies’ ability to respond in times of crisis.

A large component of the event involved mine countermeasures (MCM), an area of expertise for the Peraton UUV team. Peraton has worked on mine countermeasures since 2004. In June 2021, Peraton won a $250 million contract to provide hardware and software development, as well as in-service operational support, for the U.S. Navy’s unmanned maritime systems

“BALTOPS was an opportunity for Peraton to show the viability of our unmanned underwater vehicle (UUV) technology,” said Matt Clements, UUV program manager. “We brought together the culmination of new software and our partnerships with the U.S. Sixth Fleet, Woods Hole Oceanographic Institute (WHOI), the U.S. Naval Information Warfare Center (NIWC), and SeeByte.”

“The autonomous technology Peraton used had a major impact on success of the exercise,” said fleet representative Robert Stitt.

The different asset types worked together in a coordinated way with minimal operator intervention. Testing this combination of technologies for an autonomous mission is the culmination of the Dynamic Mariner exercise in 2020 and BALTOPS 2019.

“With the vehicles doing the bulk of the work, we were able to create effective search patterns accurately and according to specs, changing configurations as needed,” said Stitt. 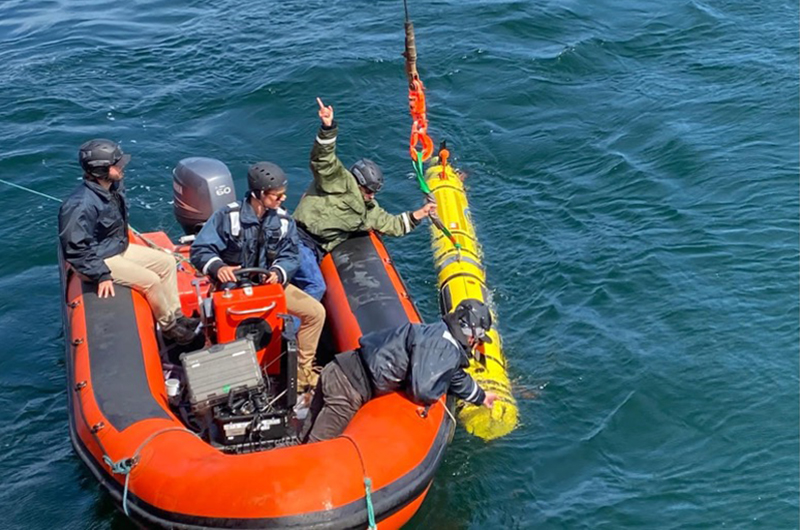 Outside BALTOPS, Peraton employees provide expertise to help sailors use new technologies to fulfill missions of consequence in national security. Peraton also oversees software configuration management, then works to promulgate that technology to fleets around the world. “If the Navy’s been there, we’ve been there,” said Clements, in reference to Peraton’s extensive fleet support experience.