Acusil® is returning to the Red Planet as part of NASA’s Mars 2020 Perseverance rover mission scheduled to launch in late July 2020, when Earth and Mars are in their closest orbital positions. The Perseverance mission is the next big step in Mars exploration – searching not only for signs of habitable conditions on Mars in the ancient past, but also for signs of past microbial life itself.

Perseverance, NASA’s fifth rover to journey to Mars, must first survive the entry, descent, and landing (EDL) phase, referred to as the ‘seven minutes of terror’ by NASA’s Jet Propulsion Laboratory (JPL) scientists and engineers. This encapsulates the time that elapses between the rover’s landing capsule entering the Martian atmosphere at 13,000 miles-an-hour until its touchdown on the planet’s surface, during which it is entirely reliant on a sequence of preprogramed directives and outside the control of human engineers. 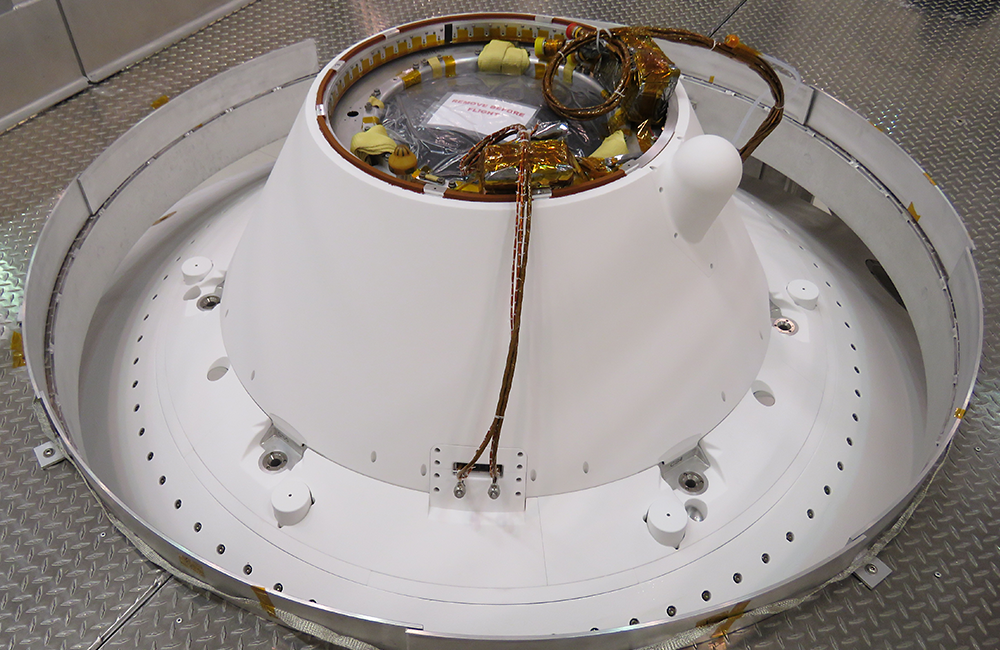 The parachute cone contains antennas and a parachute that is attached to the Perseverance rover to aid in its Mars descent.
Courtesy NASA/JPL-Caltech.

Produced by Peraton’s engineering experts in Colorado Springs, Acusil’s stress-tested ablation characteristics, thermal insulative properties, and radio frequency (RF) transmission capabilities make it one of NASA’s defensive armors of choice. Acusil’s origins arise from research and development on the nation’s next generation of defensive ballistic missile systems in the 1980s, evolving into its essential roles supporting our pursuit of space exploration as well as our national defense.

At first glance, Acusil resembles Styrofoam, but the comparison ends there, since only Acusil is used in cutting edge heat flux conditions. Acusil has earned the highest technology readiness level (TRL) rating of 9 in NASA’s intensively curated materials catalog, meaning that it is flight proven from successful missions. Acusil effectively protects spacecraft and other high-value assets from the intense heat-producing friction generated by flight through planetary atmospheres, while still enabling the vital flow of RF transmissions for tracking, telemetry, and command. Acusil delivers extreme thermal insulative performance without transmission interference. Moreover, it can be applied directly to surfaces or bonded onto structures as prefabricated panels with ease. Acusil is stable and is toxicologically and environmentally benign.

Peraton’s Acusil team is led by Bruce B., a former U.S. Air Force space operations officer, current adjunct astrophysics professor, and self-described space nerd. “The Acusil team’s bread and butter are defensive missiles; but enabling the exploration of a foreign planet is my geekdom. It’s the pinnacle of a career to know you are contributing to the knowledge base of humankind, helping the world learn about this other planet,” shared Bruce B. “There is no equal to getting to help advance space exploration, even if you are only taking baby steps each venture, having patience, seeing the integration, and getting to work with JPL engineers who are smart as a whip but just plain good people with a great spirit of exploration.” 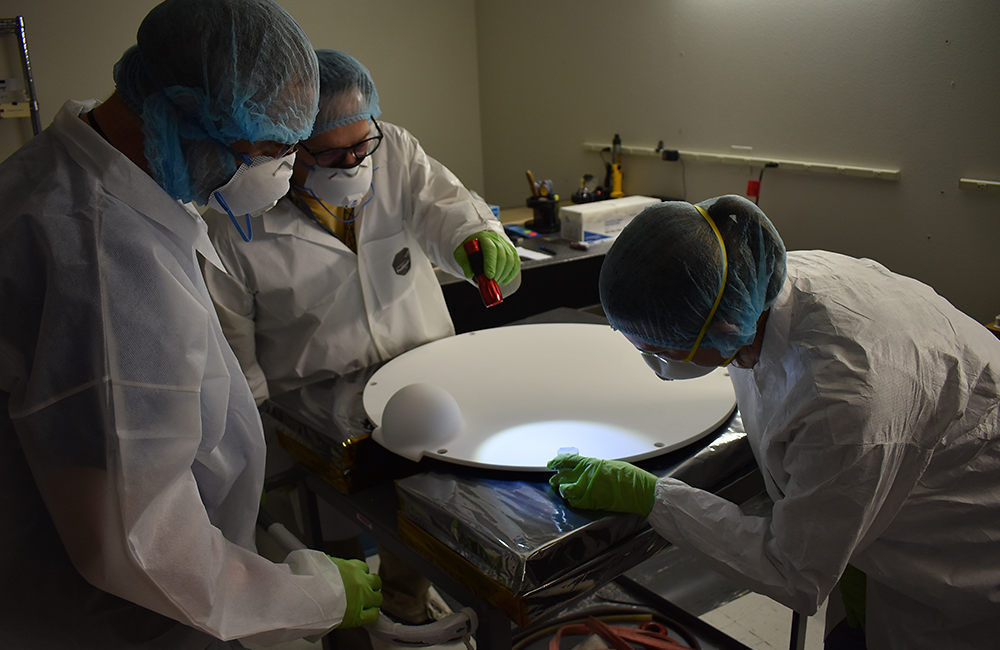 Acusil last made it to Mars in August 2012, when it shielded the Mars Curiosity rover from destruction during EDL; the spacecraft backshell, coated with Acusil, is still on the Martian surface. With the launch of Perseverance this summer, Acusil will soon make another stop on the Red Planet as a trusted component in NASA and industry’s enduring partnership in the pursuit of space exploration and human knowledge.

Wondering where Acusil may traverse the cosmos to next? One prospect is Titan, the icy moon in Saturn’s orbit with an atmosphere mirroring that of a nascent Earth. NASA has already announced Titan as one of the next destinations in our solar system, with projected launch of its Dragonfly mission in 2026.

Acusil stands ready to serve as a chosen protective partner in our continuing exploration of the universe.