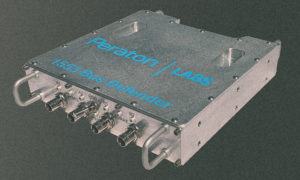 For this important cyber exercise, Bus Defender has been successfully integrated into a fully operational ground combat system and we have been working closely with both GVSC GSCE and U.S. Army Threat Systems Management Office (TSMO) to prepare for the exercise. The demonstration will not only show Bus Defender’s ability to detect, prevent, and mitigate operational impacts of cyber attacks launched over the 1553 data bus, but also that mission objectives can be carried out seamlessly on the ground combat system with Bus Defender installed.

“We are honored to participate in Cyber Cyclone 2021 and contribute to the Project Convergence mission to deliver rapid improvements with significant advantage for joint mission needs,” says Petros Mouchtaris, Ph.D., president, Peraton Labs.

“We are looking forward to this operational demonstration of Bus Defender’s on-platform cyber defense capabilities, as well as future opportunities to validate and deploy Bus Defender and related products to protect critical weapons system and ensure mission success.” 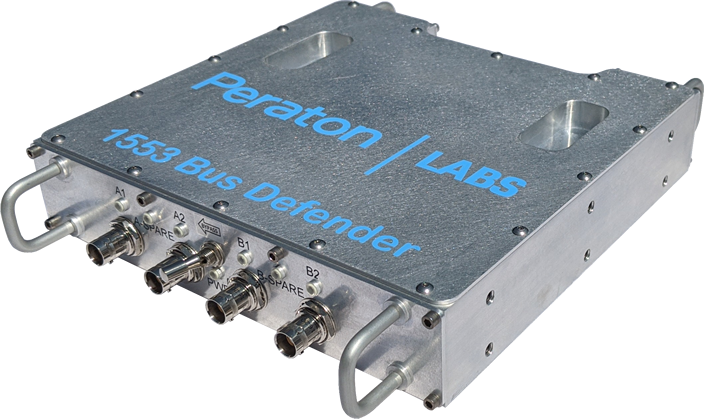 Bus Defender is a novel intrusion detection/prevention solution, which defends platforms and defeats attacks launched or spread over the MIL-STD-1553 data bus. It has been tested, under contract, on six different weapon systems platforms or System Integration Labs and four simulators and surrogates from all three services as well as major system integrators.  Bus Defender has delivered successful defense against cyber attacks from government red teams in the U.S. Air Force, U.S. Navy, and U.S. Army.

In addition to Bus Defender, we offer two other products in the Bus Defender Product Line.  Bus Offender can quickly and easily create novel 1553-based cyberattacks, including sophisticated and platform-tailored attacks, and is used to identify previously unknown vulnerabilities. Maintenance Defender provides off-platform defense and protection against attacks launched or propagated over the 1553 data bus and is used to secure the supply chain during maintenance, test and software loading.

1 Effective May 6, 2021, Peraton completed its previously announced acquisition of Perspecta, including Perspecta Labs Inc. Perspecta Labs has filed to change its legal name to Peraton Labs Inc. and the name change is anticipated to be approved shortly.

This effort is sponsored by the U.S. Government under Other Transaction Agreement (OTA) number W56HZV-16-9-0001, between the Defense Automotive Technologies Consortium and the U.S. Army Contracting Command – Detroit Arsenal.  The U.S. Government is authorized to reproduce and distribute reprints for Government purposes notwithstanding any copyright notation thereon.

The views and conclusions contained herein are those of the authors and should not be interpreted as necessarily representing the official policies or endorsements, either expressed or implied, of the U.S. Government.