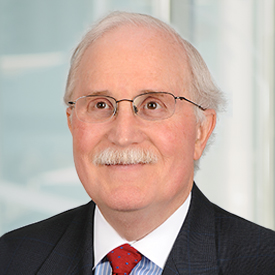 In this role Barry is responsible for managing critical elements of Peraton’s mergers and acquisitions integration activities and serves as a senior member of the Integration Management Office.

With more than 40 years of government, commercial and academic experience, Barry has a range of expertise in the defense and space industry. He was involved in the space shuttle program during its inception in the 1970s, critical national security programs in the U.S. and abroad in the 1980s and the first commercial satellite imaging company in the 1990s.

Following the acquisition of Perspecta, Barry served as Peraton’s interim chief information officer. Earlier he was senior vice president and chief of staff at Perspecta, where he provided oversight and guidance to projects of high importance and led Perspecta’s long-term technology strategy and vision. Barry previously served as Vencore’s senior vice president and chief technology officer, where he led the planning and execution for all of Vencore’s Independent Research and Development (IRAD) projects. He also served as the first director of online GEOINT Services at the National Geospatial-Intelligence Agency (NGA), the director and deputy director of acquisition at NGA, and NGA’s chief architect and chief engineer.

During his federal career, Barlow has been honored with multiple awards, including the Presidential Rank Award as a Distinguished Senior Executive from President Obama, Presidential Rank Award as a Meritorious Senior Executive from President Bush, Department of Defense (DOD) Distinguished Civilian Service Award from Secretary Gates, National Intelligence Distinguished Service Medal from DNI Clapper, the NGA Medallion for Excellence from Director Long, and DOD and NGA Meritorious Unit Citations. In December 2012, a flag was flown in Barlow’s honor over the International Security Assistance Force’s headquarters in Kabul, Afghanistan, commemorating his distinguished service in Operation Enduring Freedom.

Peraton to Fulfill $81 Million Task Order for U.S. Citizenship and...