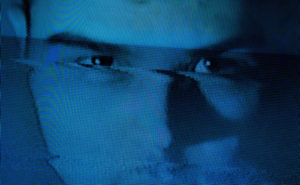 In late 2019, a federal jury convicted a defendant of using the Internet to target and extort female minors through sexual exploitation, or “sextortion,” and pornographic offenses. It was estimated that the defendant had over 100 victims across the U.S.

The defendant socially engineered underage girls to obtain access to their social media accounts; specifically, he infiltrated the Snapchat accounts of his victims by masquerading as one of their friends on social media. Once the girls gave him the passwords to their accounts, he ordered the girls to send him sexually explicit images and videos of themselves to regain control of their accounts.

Working for one of its federal customers, Peraton focuses on advanced digital forensics, technical profiling and malware analysis supporting criminal and counterintelligence cases. Members of the team also testify in trial as expert witnesses. The team has maintained a 100 percent conviction and plea rate for all cases they’ve been assigned to; this case was no exception.

An exceptional member of Peraton’s team was tasked with conducting a comprehensive digital forensic analysis for this case. They analyzed various mobile devices for remote access tools, malware and relevant apps. They needed to be sure that the defendant was not hacked himself and that his devices were not remotely controlled. They analyzed the defendant’s phone to find anything that was germane to the case.

According to the evidence presented at trial, enough artifacts were uncovered to convict the defendant. Peraton’s digital forensic findings also helped the case agent identify and rescue a previously unknown victim.

Speaking to the diligence in the team member’s work, a Peraton program manager noted, “Everything must be done to not misinterpret information. What we do effects the lives and liberties of others.”